Armored Recovery Vehicle, In service from 1961 - present.
The M88 Recovery Vehicle is considered a large all weather armored recovery vehicle. There are three versions of the M88: the M88, M88A1 and M88A2 Hercules. The M88 series first became operational in the Vietnam War, after that the Persian Gulf War, the Iraq War, the War in Afghanistan, and a little during the Kosovo War, where they were M88's were deployed In order to recover heavy armored vehicles of the Allied ground units.
The M88's primary role was to repair or replace damaged parts in fighting vehicles that were under fire, furthermore it could also rescue vehicles that were broken down or entangled. The M88A2 main winch was capable of pulling 70 tons, 140 tons when using a 2:1 recovery pulley.

The M88 was equipped with a spade, the spade was used for light earth moving and for anchoring the vehicle when using the main winch. The A-frame booms of the A2 had a lifting capability of 35 tons when used while the spade down. The M88 auxiliary power unit provides electrical and hydraulic power when the main engine was shot down. It was also used as a power source for the hydraulic impact wrench, as a jump start electrical booster for other vehicles and as a refuel or de-fuel pump for other vehicles when required.

The M88 series of vehicles were capable to refuel M1 tanks from their own fuel tanks, but this was to be used as a last resort due to the possibility of clogging the AGT-1500's fuel filters. The fuel pump draws fuel from the bottom of the fuel cell, and with it, all of the sediment that has accumulated with time.

The original M88 production began in the early 1960. The M88 was first powered by a Continental AVSI-1790-6A gasoline engine rated at 980 HP at 2800 rpm, as well as a 10 HP gasoline auxiliary power unit, both engines were heavy fuel consumers and therefore more efficient and lower fuel consumption engine was required. The change came with the M88A1, it was powered by the Continental AVDS-1790-2DR Diesel engine and had a 10 HP Diesel auxiliary power unit. While the original M88 and M88A1 were designated as "Medium Recovery Vehicles", the M88A2 was designated as a "Heavy Recovery Vehicle". They were all similar in many fundamental ways however, the later version was significantly heavier (70 tons, compared to the original 56 tons). It was equipped with a different engine, 1050 hp, compared to a Continental AVDS-1790-2DR, with 750 hp.

The M88A2 was designed to be slightly larger than its predecessors, (8.6 x 3.7 x 3.2 m compared to 8.3 x 3.4 x 3.2 m) thus its top speed was 40 km/h. Furthermore, the M88A2 had upgraded armor protection including armored track skirts and applique armor panels which both previous models were lacking and therefore obtained a significantly lower road range, 322 km compared to 450 km. Additionally, The M88 was also lacking in Nuclear, Biological, Chemical (NBC) defenses as well as smoke screen generators which the later M88A1 and M88A2 models were equipped with. Furthermore, the crew number was decreased from 5 to 3 through the series. 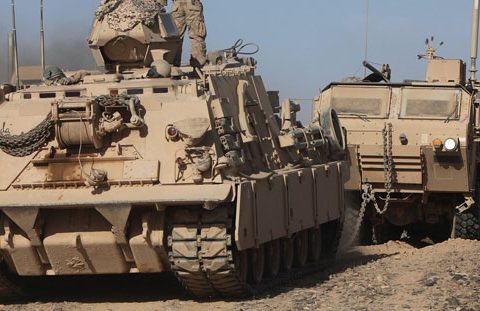 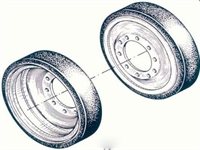 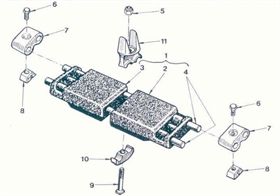